For the discussion of 1C's Battle of Stalingrad, Moscow, Kuban and Bodenplatte etc.
Post Reply
8 posts • Page 1 of 1 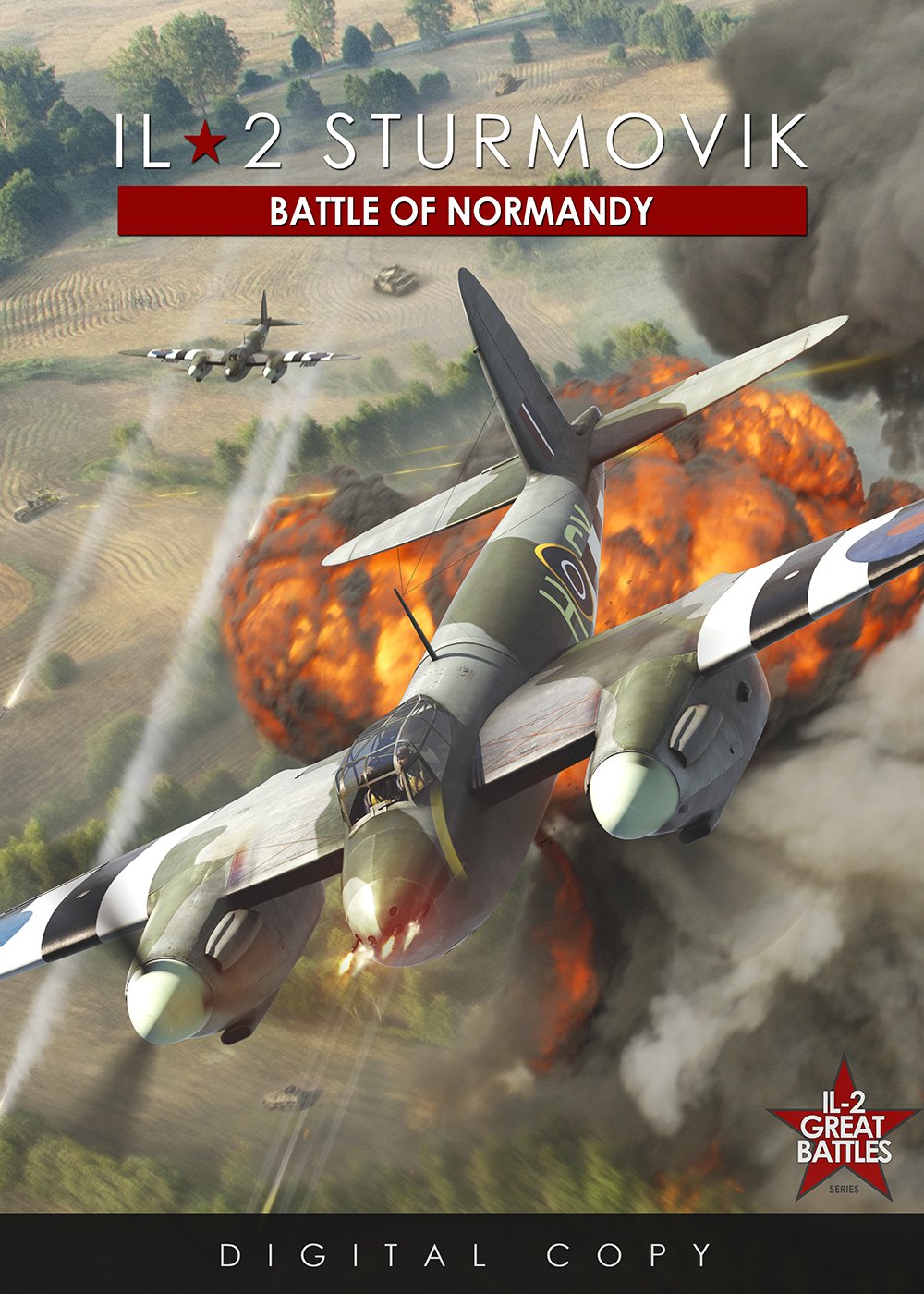 So almost exactly the CLOD map (again) but this time they're planning on doing a pre and post invasion map. I'll be interested to see what date they settle on for the post invasion. However they've been very clever in the way that this has been announced, as TFS ramp up towards TF5 and also drawing that they can put up convincing and coherent matchups for 42/43 also.

As Reddog says, this is sort of the CloD map, but... London is off the map. I'm guessing this is the same as in Battle of Moscow (BoM), which is a huge swath of the Eastern Front, but it stops short of Moscow because the city was too hard to implement. No doubt the same here.

It is only part of Normandy. Sure, there are the beaches area, but half of Normandy province is missing.

Falaise is off the map.

And that is the centre of the battle field. Where will the LW operate from? Even Evreux is off the map.

After the mid-war, Germany pulled all their airfields away from the coast. So, excepting some liaison/emergency strips like Maupertus or Lessay, the Geschwader are all well back... and in this case: off map.

Well, they do say it is work-in-progress and not final, but it looks like it will be another BoM.

What would work on that map is a 1940 Kanalkampf. I bet they are working towards it.

The aircraft line-up is okay-ish. But still no suitable bomber... just fighters and ground attack. At that stage of the war, a He-177 would have been good. That said, there is the Ju-88 A-4 from BoM, and that would work. It is a poor implementation though with some serious problems for strategic bombing missions.

And probably no recon mechanism either.

PS: The Pacific Theatre is hit out into the long grass again.
Top

They're sticking to a formula that works and sadly that is a dogfight/ground attack sim. I hadn't clocked the LW fields not being on the map yet again but had seen that depending on post invasion date chosen there won't be much ground war on the map yet again.


Normandy product is our usual product super-sized in some ways and needs a larger budget and possibly time to build. We will continue to improve BOBP for a little while more. Been a very difficult 6 months for us. I can't make everything I want and make everyone I am answerable to (customers, 1C, team) satisfied. I work in a minefield and every new project we get approved is a blessing. We will soldier on and continue to improve our products and line-up so we can continue to have a future.

Some interesting comments on there. One that I haven't seen replied to yet (still on pg4) is whether the map will be made by ugra media. Fucking hope not if the DCS map is anything to go by.

Response seems mixed. A lot of "yays". A significant "I wish it was the pacific". And more than i expected to get through the fanboi shield "too many rehashed planes, more expensive, no allied bomber again wtf?" Type comments.

From Jason's comment above he is still playing the passive aggressive "give me money or they will shut us down" card while not really giving any proper transparency or answers.

Well I called this almost exactly. It makes sense to build on the work they just did and not the PTO as much as many want it. I think that BoBp went well past the budget for development. It was announced two years ago and I think it was intended to be fully released six months ago. The first early access a/c were released in the spring of 18 and I think they thought it would be about 12 months from that time to full release so they need a quick win. Easy to do by making a few new models of existing a/c and a new map. If they give the map to Ugra Media, then they have most of the work done already cutting down production time. The a/c will also go faster, surely they have all the data needed nearly for the new P-47D-22 or -23 and the modelers have most of what they need already too so it could be out in EA first quarter of 2020 driving sales.

PTO I am sure is still burbling away on the back burner, getting game engine improvements added with each update built on the sales of BoN, BoBp etc.

I would have made this map contiguous with BoBp and just headed West and concentrated on the Pas de Calais and included the Bomber bases in Norfolk, Suffolk etc but with this, they need to go further south and include Paris. The current proposal looks like it will have a gap between it and the BoBp map.

I hope then that they don't "bake in" any post-invasion scenery (ALGs, Mulberry harbours, V1-sites). Earlier in the war is more interesting in a way.

Another option my be Unternehmen Steinbock, but still... London is off map. At least the Solent region is present.
Top

I hope then that they don't "bake in" any post-invasion scenery (ALGs, Mulberry harbours, V1-sites). Earlier in the war is more interesting in a way.

Another option my be Unternehmen Steinbock, but still... London is off map. At least the Solent region is present.

I believe that is why they're doing a pre and post invasion map, so that the 41-43 period can be played too.