European Air Force Squadron has set up a server for quick duel missions!

It's perfect for DUELS (similar or dissimilar planes, single or teamwork)

You can choose to fly against humans or against AI.
When a human pilot spawns a script will spawn AI opponents in 30 seconds. That only happens if no human pilot spawn as opponent.
So if you want human vs human fights the trick is to give a countdown in chat/voice comms and spawn together.
Beware it's air start 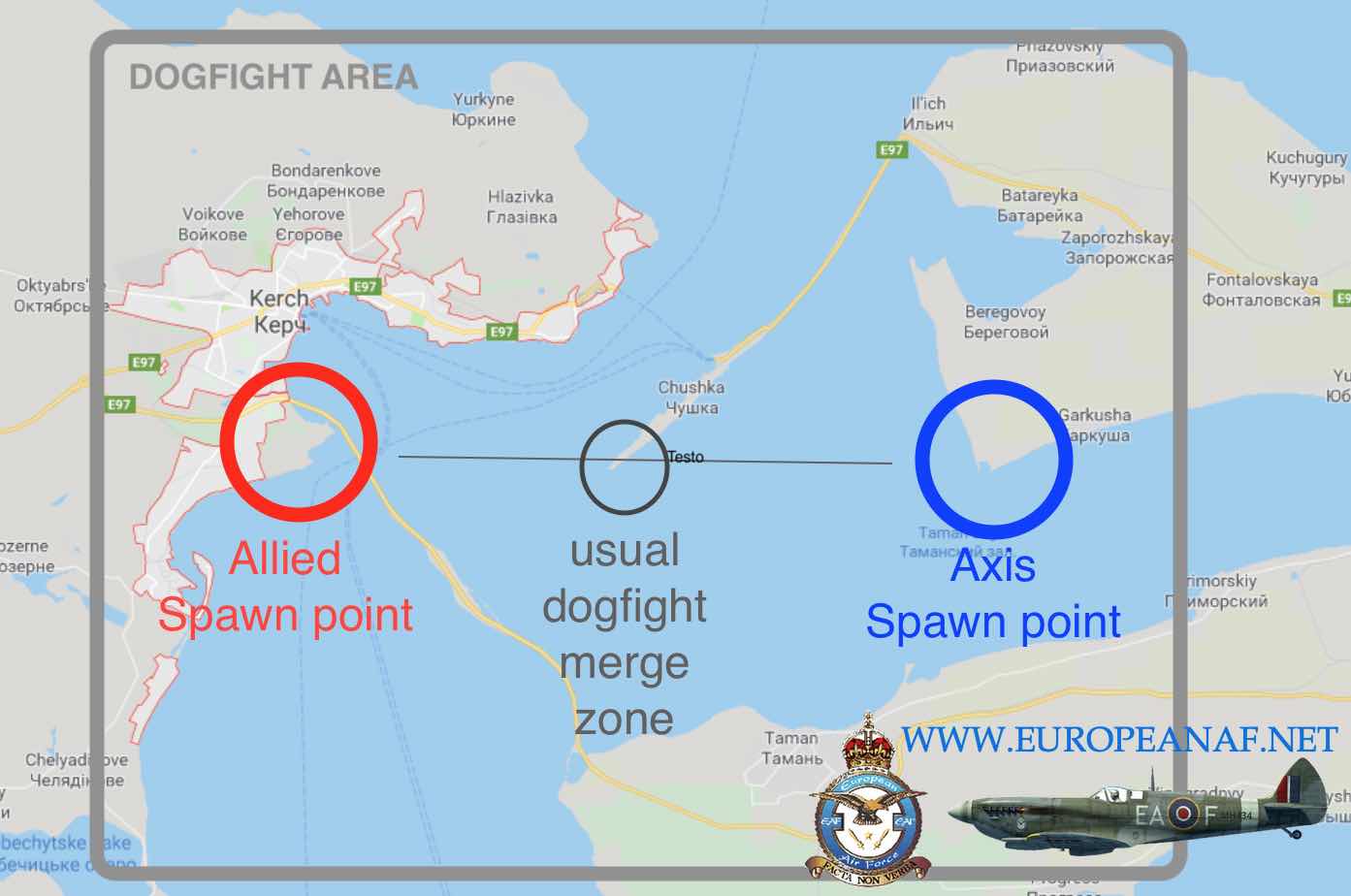 Kerch area is very spoil and offer super good fps also on old pc.
Kerch area create a natural arena for close dogfights, just fly over the strait and avoid wandering away.
We used to dogfight there even in the old il2 days too!

Spawn points are at the right distance and there are good landmarks for a good dogfight! Your enemy will spawn in front of you and will be visible in few seconds...

Starting altitude is around 3280ft / 1000mt
Limited custom icons are on.

RADAR is available trough the comms menu just in case you lose track of your opponent.
(shouldn’t happen if everybody stays over the Kerch strait)


EAF (European Air Force) is a virtual squadron born in 1998. We are from all around Europe (but we have some USA pilots too).
We fly WWII flight simulations. We started with EAW, IL2-Sturmovik and now we are flying mainly DCS.
(Sometimes you can find us also on IL2-Battle of Stalingrad and on IL2-Cliff of Dover)

Every Monday and Thursday night we meet to role play, fly and reenact historical missions.
We are focused on team play, tactics and training. Often we compete in tournaments and campaigns with and against other squads.

We are recruiting and training virtual pilots, both green and experienced who want to improve their flying skills, and teamwork in a relaxed and friendly way.

if you want more info drop a message on our forum https://forum.eaf51.it/